Jaguars are taking their fans’ temperature on Hardy

Desperate times call for desperate measures and you saw that in Jacksonville this week when the Jaguars brought in Greg Hardy for a workout.

The Jags claim that they were just doing their homework on the former Carolina pass-rushing star, who left the Tar Heel state after an ugly domestic-violence incident and flamed out during his second-chance season in Dallas due to a tone-deaf personality and an inability to act like a professional.

In a league with more than one pariah, it’s Hardy that’s the biggest fish in the school yet Jacksonville was the team that put things in motion to take the temperature of its constituency and get a feel for just how bad the potential public-relations hit would be for the organization if they brought in the former Pro-Bowl selection.

From a football perspective it makes sense because Gus Bradley is running out of time in Northeast Florida after his first three seasons produced just four, three and five wins respectively.

More so, Bradley is a defensive-minded head coach, brought in by the Jaguars for his work as the defensive coordinator in Seattle but nearly all of the current Jags’ optimism is centered on the offensive side of the football where third-year quarterback Blake Bortles looks poised to take a big step forward while throwing to one of the best young receiving corps in the game, featuring Allen Robinson and Allen Hurns.

The addition of Chris Ivory to second-year man TJ Yeldon in the backfield also figures to make Greg Olson’s offense a little more balanced and difficult to prepare for.

That doesn’t mean the Jags have ignored the defensive side, however, and big money was spent to pry away defensive lineman Malik Jackson from the Super Bowl champion Denver Broncos, while corner Prince Amukamara was brought in from the New York Giants. Meanwhile the team also went defensive-heavy at the top of the draft, taking supremely talented Florida State corner Jalen Ramsey and UCLA LB prodigy Myles Jack.

The rush off the edge remains a concern, however, even though Dante Fowler returns from a torn ACL that wiped out his rookie season and names like Jared Odrick and former Colts bust Bjoern Werner are around. In fact the team’s top two projected edge rushers, Fowler and rookie third-round pick Yannick Ngakoue, have never taken an NFL snap.

That’s where 27-year-old Hardy comes in despite the fact he alienated his coaches and many of his teammates in North Texas last season despite the fact that anyone with a modicum of common sense would have known to be on their best behavior.

Jacksonville GM Dave Caldwell flashed a little of the desperation mindset back in April.

“We want to be great,” he said. “We’ve got to take chances. We’ve been pretty conservative in our time here and in our philosophy in drafting and in some of our free-agent acquisitions. There comes a point in time where we’ve got to close the talent gap and you’re not going to do that without taking risks.”

Hardy, who visited with the Jags on Wednesday and Thursday, is the very definition of that risk and Jacksonville is acting like a politician in its approach.

Float the idea and poll the public to see if they will accept it.

Perhaps 40-60 unfavorables will be acceptable but if the masses who follow the team are preparing the torches and pitchforks, the Jaguars will simply let this one go, never to speak of it again once the news cycle marches on.

-John McMullen is a national football columnist for FanRagSports.com and TodaysPigskin.com. You can reach him at [email protected] or on Twitter @JFMcMullen — Also catch John each week during the NFL season ESPN South Jersey, ESPN Southwest Florida, ESPN Lexington, KDWN in Las Vegas, and check @JFMcMullen for John’s upcoming appearances on YAHOO! Sports Radio, FOX Sports Radio, as well as dozens of local radio stations across North America.

Jaguars are taking their fans’ temperature on Hardy 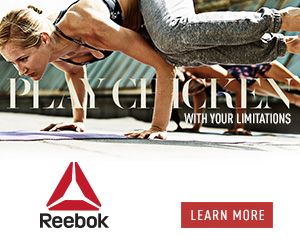