The NFL regular season is nearly a week away, and we still don’t have any concrete answer for what the Jets will do at quarterback behind Ryan Fitzpatrick.

Somebody is going to be the odd man out, and it very well could be Smith. Preseason performance don’t always mean a whole lot, but Smith has really struggled in game action this month. He’s 17-for-32 with 140 yards, a touchdown and interception. That gives him a completion percentage just above 53 percent and a yards per attempt average of a pathetic 4.38.

This puts the Jets in a bind.

Petty and Hackenberg are both projects, but they’re also young and possess enough upside that they are worth keeping, especially Hackenberg — who was a second-round pick this past spring. If Smith was miles ahead of the two youngsters and the clear-cut choice at backup, it might be worth sacrificing Petty to ensure having a quality backup. But should Smith continue to play as he has, he isn’t miles ahead of Petty, who has been outstanding this preseason.

If Smith is truly the odd man out and cut within the next week, could the Jets pursue a possible trade and get something in return for their beleaguered signal caller?

There are two obvious teams that could be interested in an experience quarterback: Dallas and Minnesota. With both teams losing their starting quarterbacks within the last week, each franchise is in the market for a backup.

The two quarterbacks currently on the Cowboys roster, projected starter Dak Prescott and Jameill Showers, don’t have any regular season NFL experience. Although he hasn’t been overly successful, Smith does at least have 29 NFL starts in his career.

Minnesota signal caller Teddy Bridgewater just suffered a knee injury on Tuesday, so the dust is still settling for the Vikings. After it does, they will be in the market for a quarterback. As of now, the Vikings have 28-year-old Brad Sorensen, undrafted free agent Joel Stave and injured 23-year-old Taylor Heinicke to backup expected starter Shaun Hill. Besides Hill, none of the other guys have any NFL experience outside of preseason tilts.

Ironically, the Cowboys probably set the precedent for this type of trade last year when the team dealt for journeyman quarterback Matt Cassel. After Tony Romo’s injury in Week 2 of 2015, out of desperation, Dallas sent a 2017 fifth-round pick to Buffalo for Cassel and a 2017 seventh-rounder.

If either the Cowboys or Vikings are desperate enough, the Jets could possibly pry away a fifth, sixth or seventh rounder if they also include a late pick in the deal. But in all likelihood, it’s not going to happen.

Dallas made that trade towards the end of September, during the season and when they believed they had a realistic chance at the postseason. Not that Dallas and Minnesota won’t be in the playoff hunt, but they probably aren’t desperate enough to trade for a quarterback who has vastly underachieved in his career.

Smith has trouble reading defenses and has turned the ball over 42 times in 31 career games. There’s also questions about how quickly he would be able to adapt to a new offense and immediately contribute.

Then throw in the fact that he’s a free agent at the end of the year, and a team would have to be very desperate to target Smith in a trade. NJ.com reports Smith demanding even a sixth-round pick in a trade is a long shot.

In the event that no other backup options present themselves and Smith is released, Dallas or Minnesota might give him a look, but neither are getting in line to acquire him.

Therefore, if the Jets decide not to keep four quarterbacks and Smith is indeed the odd-man out, the team is going to have to accept losing its 2013 second-round pick for nothing. 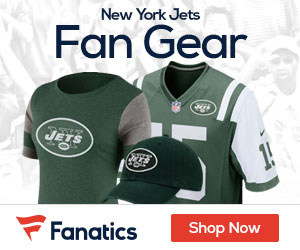 Don’t use hindsight with Fitzpatrick after Romo and Bridgewater injuries