Lions need to keep building on their defense’s foundation

The Detroit Lions know they need a top-tier defense if they want to make a significant run at the playoffs in 2016.

Defensive coordinator Teryl Austin has the core pieces in place, but there are still serious questions as to whether or not he’s got enough talent to build on that foundation.

The Lions have a Pro-Bowl candidate at all three levels of the defense, with defensive end Ziggy Ansah, weak-side linebacker DeAndre Levy and cornerback Darius Slay, with two more solid veterans in defensive tackle Haloti Ngata and safety Glover Quin. Barring injuries, that means Austin will get solid performances from almost half of his starting lineup.

Of course, health is never guaranteed in the NFL. Levy blossomed into a star in 2013 and 2014, turning himself into a top-tier pass defender and run stopper, but only played part of one game in 2015 after a hip injury. Levy has been limited this fall by a knee problem, but took part in the third preseason game and is expected to be ready for Sunday’s opener against the Colts.

That’s crucial for the Lions, because other than Levy, linebacker is a serious question mark. Tahir Whitehead played well at outside linebacker last season, and is now starting in the middle, but Kyle Van Noy will need to take a significant step forward on the strong side. Detroit’s top two reserves, Josh Bynes and Jon Bostic, are both dealing with significant injuries, meaning they will be relying on Thurston Armbrister and Antwione Williams for depth.

In a nickel formation, Levy and Whitehead should be strong against the run, and Levy has proven that he can more than hold his own in coverage. However, it is a duo that doesn’t put pressure on the quarterback, leaving the pass rush in the hands of the defensive line.

Ansah broke out last season with 14.5 sacks, and Devin Taylor added seven more from the other end position. Ngata isn’t much of a pass-rusher and doesn’t provide the kind of disruption inside that he did when he was in his prime, but he’s still a solid presence. Rookie A’Shawn Robinson and Tyrunn Walker will play at defensive tackle in rotation with Ngata, and, with the lack of a pass rush from the linebackers; the Lions could use one of them to start hitting quarterbacks.

Like Ansah, Slay blossomed into a star last season. By the end of the year, he was one of Pro Football Focus’ top-rated cover cornerbacks and a player that offensive coordinators were actively trying to avoid. If he can continue to take away No. 1 receivers, it makes life much easier for the rest of the defense.

Detroit also has a young, improving nickelback in Quandre Diggs. He had a strong season covering slot receivers, although he dropped off a bit late in the year. With teams playing five defensive backs on a majority of snaps these days, Diggs will be getting more snaps than Van Noy, which is a good thing for the Lions.

At free safety, Quin is a hard-hitting ball magnet, but Nevin Lawson struggled as the No. 2 cornerback last season, and it still isn’t clear who is going to start at strong safety. The Lions added Rafael Bush and Tavon Wilson in free agency, but neither has been able to get a firm grasp on the job.

Other than health, Lawson and the strong safety will be two of the biggest factors on Detroit’s defense. If Austin can boost their performance level and find an extra source of quarterback pressure, the Lions have a chance to play defense well enough to help carry a below-average offense.

If anything goes wrong, though, defensive struggles could lead to another long season at Ford Field.

Lions need to keep building on their defense’s foundation 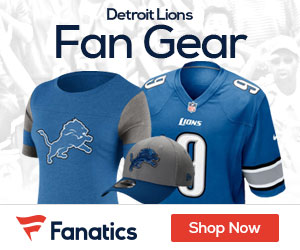